Whether you are a seasoned cannabis user or just starting to learn about the plant and its properties, you may have heard of the term exotic or exotic weed and wondered what exactly makes these strains of weed exotic.

Exotic weed strains are the variations of specific cannabis strains mentioned in music, movies, and various forms of pop culture throughout the last few decades. So, what makes certain strains of cannabis exotic, and how do you tell the difference between the two?

What is exotic weed? Exotic weed is slang terminology that refers to cannabis strains that are high potency. Generally, determining what exotic weed is can be slightly confusing, considering that many marijuana growers and suppliers may use the term as a marketing ploy. The term exotic weed is used to label strains of marijuana that are unusual in smell, taste, appearance, or location where the marijuana was grown. Generally, these strains are lesser-known and not readily available. The two main things that differentiate cannabis from exotic weed are:

How much is an 8th of exotic weed?

Generally speaking, how much you will pay for an eighth of exotic weed will be influenced by several factors, including:

In most cases, for marijuana flower, you will be looking at $15 to $65 for an eighth of weed.

Understanding that exotic weed strains are generally harder to come across, they tend to fetch a higher price than more familiar strains of weed. An eighth of exotic weed will likely cost $40 or more.

The legal team at Bernstein & Maryanoff has a continuing commitment to providing clients in the Florida marijuana industry the best legal services for a wide range of issues.

What are exotic weed strains? 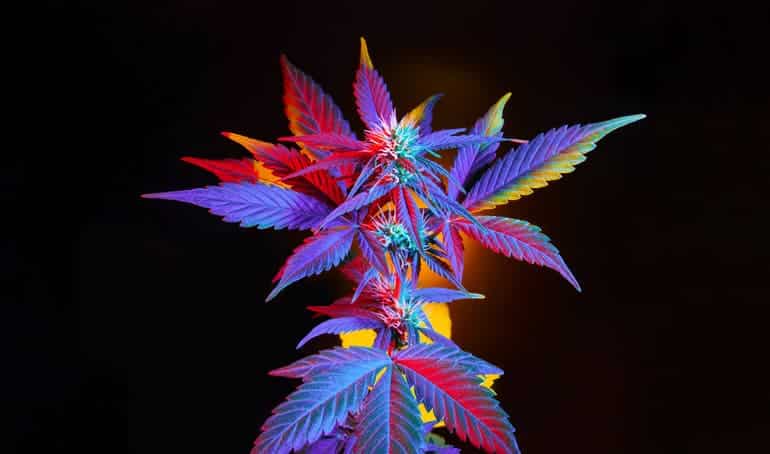 As mentioned above, exotic weed strains will vary depending on the person searching for it, where that person lives, and what strains are available in this person’s area. However, some familiar strains of weed that are considered exotic and may sound familiar include:

Strains of marijuana that are considered exotic weed have some easily-spotted characteristics that can help you determine whether the weed you’re looking at is exotic or not.

The hair-like crystals that form on marijuana buds, called trichomes, will be the first thing you look for when determining if the weed you’re looking at is exotic.

The longer and more pronounced the trichomes are, the more sparkly and crystalized the buds appear. If these prominent and noticeable trichomes are on the marijuana buds, you might be looking at a strain of exotic weed.

How to tell if weed is exotic

Aside from noticing the crystallized appearance that many, if not all, exotic weed strains exhibit, you can also tell if a weed is exotic in other ways.

The bud’s color may be noticeably odd or unusual, and the smell of the weed may also be different than more accessible strains.

The shape of the buds and the taste of the smoke can also be determining factors for identifying exotic weed.

Of course, the most likely characteristic determining if the strain is exotic will be the effects after it is smoked. Remember, exotic weeds are usually much higher potency than more accessible strains of cannabis.

How to get weed in Miami

Obtaining weed in Miami will be difficult without a medical marijuana card or another proper form of identification. Outside of medical use, the possession and use of cannabis are illegal in Miami. To legally obtain and use cannabis in Miami, you must possess the proper identification that enables you to purchase marijuana for medical use.

Is weed legal in Miami? Weed is legal in Miami. However, the possession and application of marijuana and marijuana products are legal for medical applications. Consuming or smoking cannabis in parks and public spaces is illegal in Miami. The only way to legally obtain marijuana in Miami is to get the proper medical identification that allows you to purchase medical marijuana from dispensaries.

Whether you’re a Miami native or from out of town and are searching for cannabis, it’s essential to be up-to-date on Miami’s laws surrounding the buying, selling, and smoking of weed. When in Miami, and Florida as a whole, remember that you will not be able to purchase marijuana from any dispensary unless you have a card for buying medical marijuana.

Recently, prosecutors in Miami Dade created a policy that they will not enforce laws that punish individuals for possessing small amounts of weed. Even if that is the case, cannabis remains illegal in Florida and Miami, and it is up to the discretion of police officers to act with punitive action or not.